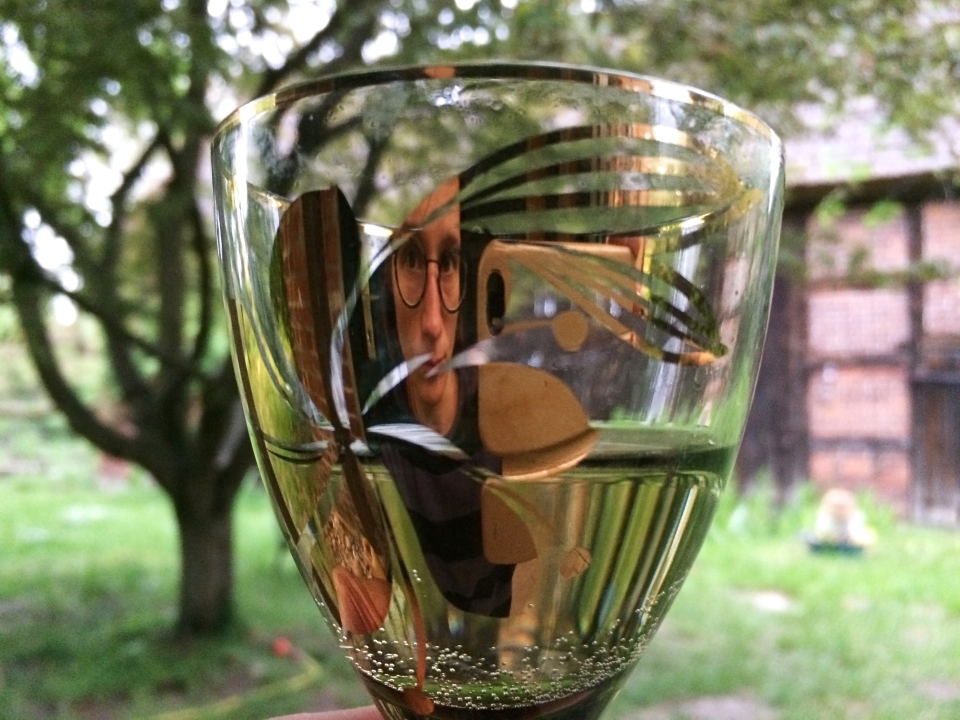 We — Sandra Meireis & Tine Tillmann — imagine the Corona pandemic as a metaphorical object: the Kaleidoscovid-20.

The kaleidoscope is an optical device that is reminiscent of a telescope, and more important it is a beloved child’s toy. At the one end of the tube there are small, coloured glass stones, loosely inserted between a smooth and a frosted glass plate. When looking through the little, round window at the other end of the tube, the outer objects are reflected by internal mirrors several times. When the kaleidoscope is rotated manually, the surroundings and glass stones converge in transformation. Various distorted fragments of reality appear and disappear, which are fluidly changing, so that countless geometric, i. e. symmetrically coloured patterns and images continuously emerge in different formations. Children are fascinated by discovering the world as such a colourfully crystallised continuum in their everyday lives.

For the times they are a-changing. The Corona pandemic is the first global event in the 21st century that brought the world society’s everyday lives to an abrupt halt and its economy to an unwanted standstill, unlike the world economic crisis of 2007/08, which remained mostly abstract and kept humanity busy in suspense. In the past few months we all, including our families, friends, neighbours and beyond, were involved, affected and touched, both physically and mentally. This is disturbing and encouraging at the same time.

The Kaleidoscovid-20 forces us to pause, reflect, and reconsider the so-called normal. Perceiving reality from different angles might lead to rethinking facets of the familiar anew. Depending on where, why and how we look at things the templates change. And just as focused as the tunnel vision through the kaleidoscope is, as involuntarily focused is our kaleidoscovidal perception during the Corona period, when social life is limited to a small local radius, enforced by the pandemic reality. At the same time our eyes get sharpened not only for the social inequalities worldwide but (also) for those right in front of us … the (supposedly real) lifeworlds‘ centres and peripheries become distorted. The lives of people, each according to the particular living environment and socio-economic situation, are as diverse and countless as the colourful glass stone mirror formations of the kaleidoscope. Leaving the second eye open helps seeing the world’s differences simultaneously and thus developing shared future visions.